Pyramid Park at The Triangle, NYC 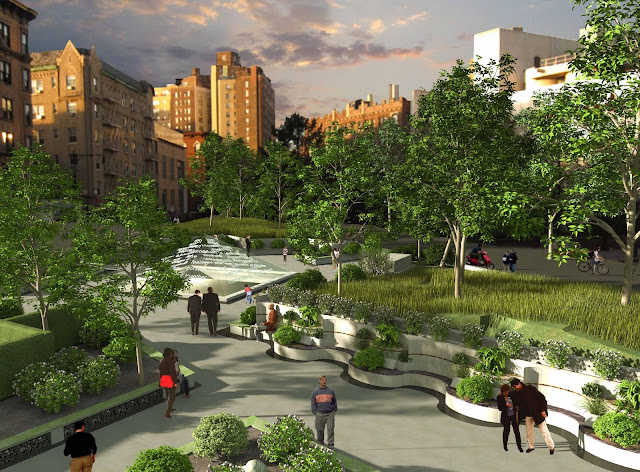 This proposal was for an AIDS Memorial Park in NYC. It was entered for a competition and although fees were paid and it was submitted before the deadline, for some reason it was not considered as part of the competition. Not that it makes any difference, because what was submitted was a very different approach to the other entries, so would have been unlikely to get anywhere. I present it here, because despite its faults, how we approach urban public space is an important issue and placing ideas in the public domain helps create the momentum for a change in attitude.
The memorial is in remembrance of more than 100,000 New York City men, women and children who have died from AIDS. The garden is to be on the site of the former St. Vincent’s Hospital, centre of the AIDS crisis in the 1980s, which tragically went bankrupt in April 2010. 'For many years, the community has expressed desire that the triangle of land that is the site of St Vincent's be turned into a public park. Like most of Lower Manhattan, the West Village is starved of public, green, open places for relaxation' and so as part of that redevelopment, this site is being redesigned as new public open space. 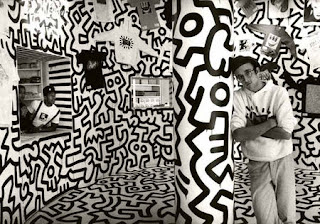 
As a designer, I felt that if a memorial garden was to have any meaning then it had to start, at its essence, with something from that time and place - a seed that would grow the project. This led me to Keith Haring, whose artwork 'ignorance = fear' was a very powerful comment on what began to happen at the start of the epidemic. Keith died of AIDS related illness in 1990 and his style, 'derived from New York street art', contained a geometry that could contain not only a sense of place, but a way of bringing green space into the distorted geometry of the site. What I would need to discover is if visually the two could work together to create a place you might want to spend time in.

There is a history of successful garden designs starting with artwork, most notably the public spaces created by Berle Marx in Brazil and Florida and the geometry that started to evolve in the Pyramid Park design seemed to have similarities to other geometric garden forms such as a maze and of course, this has a symbolic meaning for a memorial about an emerging disease. 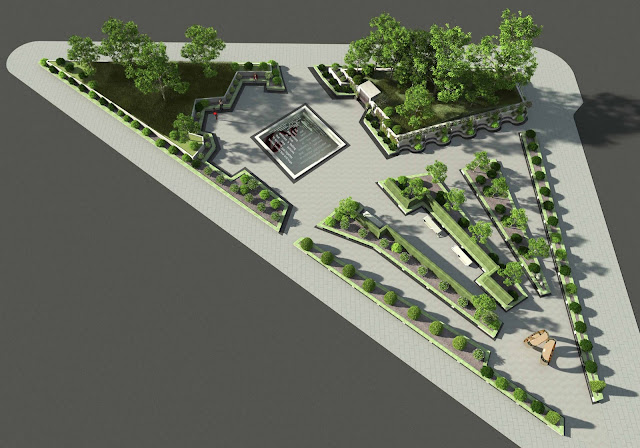 I then looked at local paper 'The Village Voice', reading comments by local people to see their concerns and looking for clues as to how a new green space would be used. This is of prime importance because the memorial garden was also a green space for everyone and they needed to feel that it would be the kind of place that they could just go to relax. 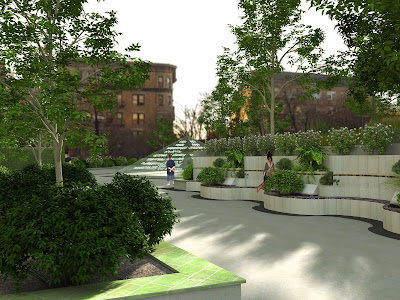 It was important that the garden would be light as the heights of buildings in NYC create so much shadow. This meant pushing any large trees to the North and North East parts of the site. To avoid any large vertical elements that would be created by the need to contain large tree roots, stepped planted seating was designed and the form of this reflects the form of the building behind, attempting to knit the form of the park into the fabric of the surrounding city. This is not just a 'nice visual thing' it is important symbolically, because the memorial is not something standing apart, it is not something contained on a triangle of land, it is about something that is a part of the city. 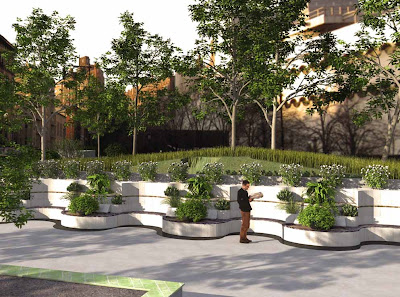 Each pathway in the garden layout has its own different character. Although the sharp geometry is softened by nature, the angles of the pathways provide false perspectives; some offer aligned views, others appear blocked - then change direction. Some are small and intimate, but they all lead to the pyramid. The pyramid is formed from frame-less bonded glass to accentuate the visibility between the garden and the void down into the Awareness centre. 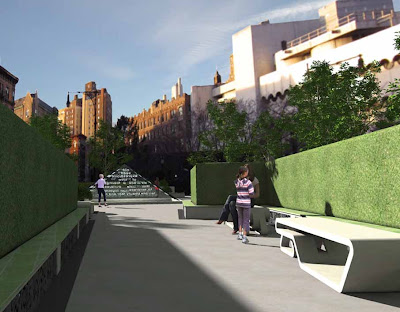 The old hospital basement was to become an AIDS Awareness Centre. At the centre of the garden is a glass pyramid. A pyramid form was chosen as it is an ancient symbol of the transition from this world to the next. Being glass, this illuminates the foyer of the Awareness Centre which is under the garden. The pyramid is inscribed with lines from the AIDS Poetry Project, seeking the involvement of people who have a personal emotional history with this place. Their words are projected into the foyer and move with the light. 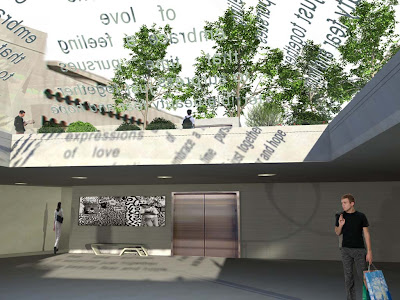 The entrance into the Awareness Centre is via a lift. The lift is stark and unadorned, it contains no signs and no buttons, all control is taken from you. It looks odd in the garden, as if it shouldn't really be there. It is slow and dark as you descend into awareness. Here all is hard concrete, a big emptiness and oblique views of the greenery in the garden above. 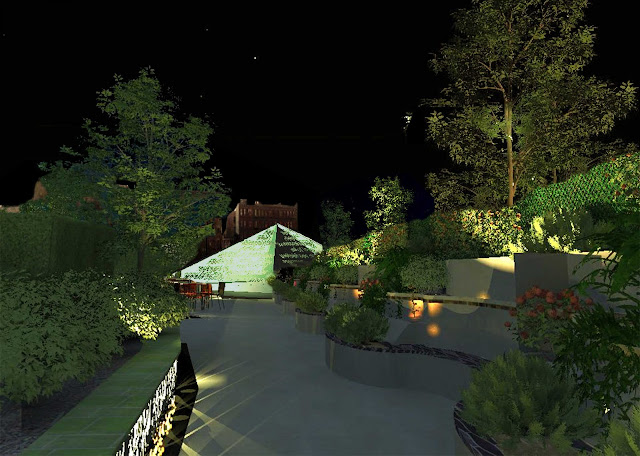 As I said at the beginning, this proposal was not even considered as an entry for the AIDS Memorial Garden competition. However, it is presented here as a few ideas on one approach to creating green space in an urban setting. 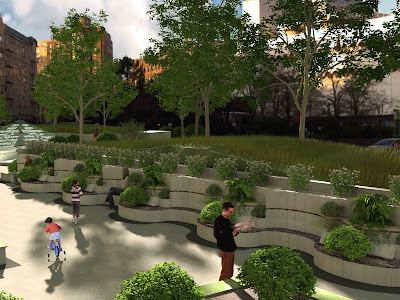 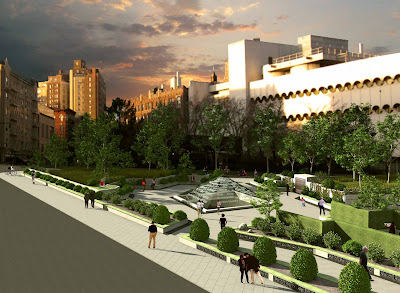 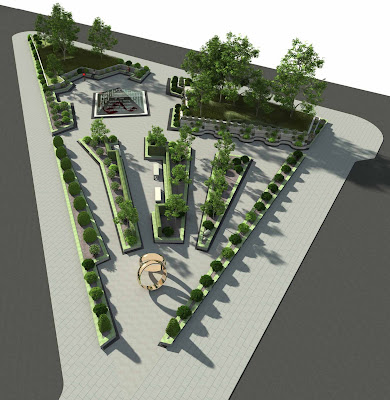